This has been a long time coming and I’m sorry that it’s taken so long for me to get this post out. If you’re a follower of my blog, you’ll know that I recently went on a trip to Rome, followed straight by getting a plane over to Berlin. My Rome blogs seemed to be really well received, so I wanted to get out a similar series for my time in Berlin and we’ll start with what to do whilst you’re there.

If you’d like to check out my Rome blogs, they’re listed below;
Just Rome-ing Around
Handy Tips If You’re Going to Rome
When In Rome, Eat as The Romans Do

I tried to see as much as I could within the time I was there. We went for five nights and during this time the world cup was on – so one day was occupied with watching the match by the Brandenburg Gate. What an experience that was and I’ll touch on it later in the post!

The Berlin Wall
Wow. Although I was aware of how the Berlin wall divided the city, I’d never really understood how it came about, what it achieved whilst up and the whole story about when it was knocked down.

We went to the Berlin Wall Memorial to learn all about this story and it was really eye-opening to read the stories of those who went through it. There was also a great film to show the heartwarming story of when the wall came down and how the divided city came to be as one.

Anyone who’s going to Berlin, this really is a must see. It’s a great educational experience, not matter what the age and you get to see the only remaining  section of wall from the balcony on the top floor of the memorial. 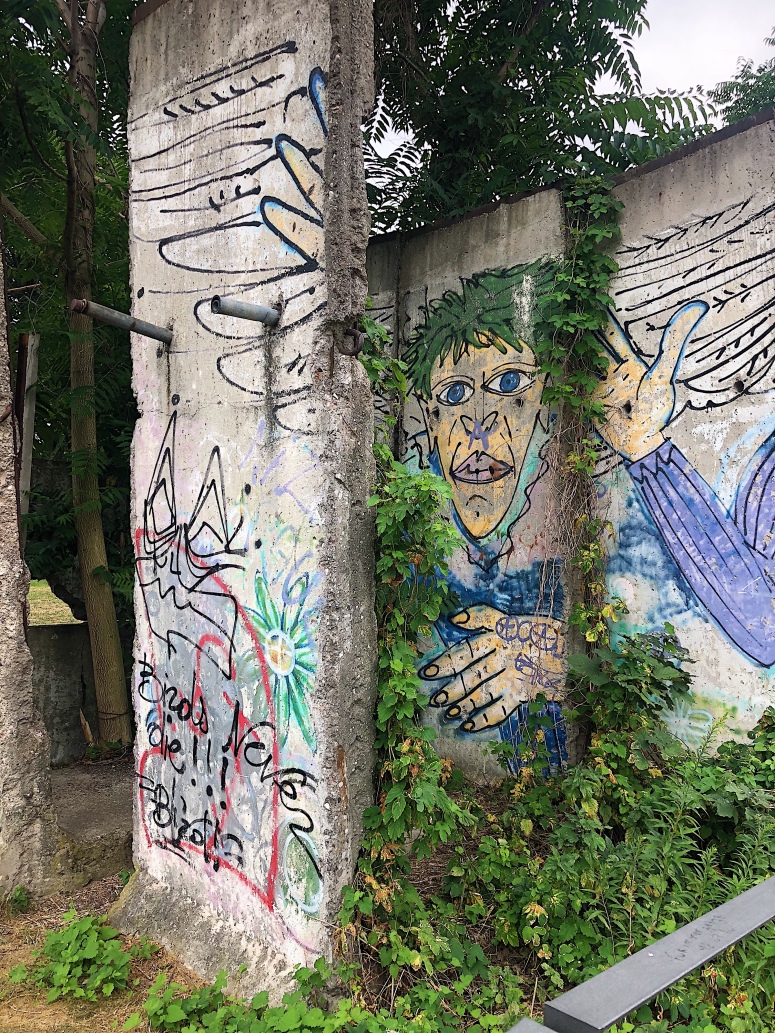 The East Side Gallery
Keeping on the topic of the Berlin wall, I’m sure many of you have heard about the East Side Gallery. On the East Side of the 1316 meter wall that remains, artists have been commissioned to paint murals. This exhibition, so to say, was started in 1990 and due to many people graffiting and destroying the artwork that was displayed, a restoration project began in 2008.

Although some graffiti still remains (there’s always someone who liked to ruin it for the rest of us), the artwork itself is completely breathtaking. I found myself stopping to stare at each piece, wanting to take a picture of all of them whether it be because of the detail or the meaning behind it.

I’ve chosen a few of my favourite pieces to show below as I don’t want to ruin the surprise for any of you who do visit. Also, if you’re not into artwork it’s still something for you. My partner isn’t interested in art museums or showcases at all but this was something he actually suggested for whilst we were over there and boy, am I glad he did. 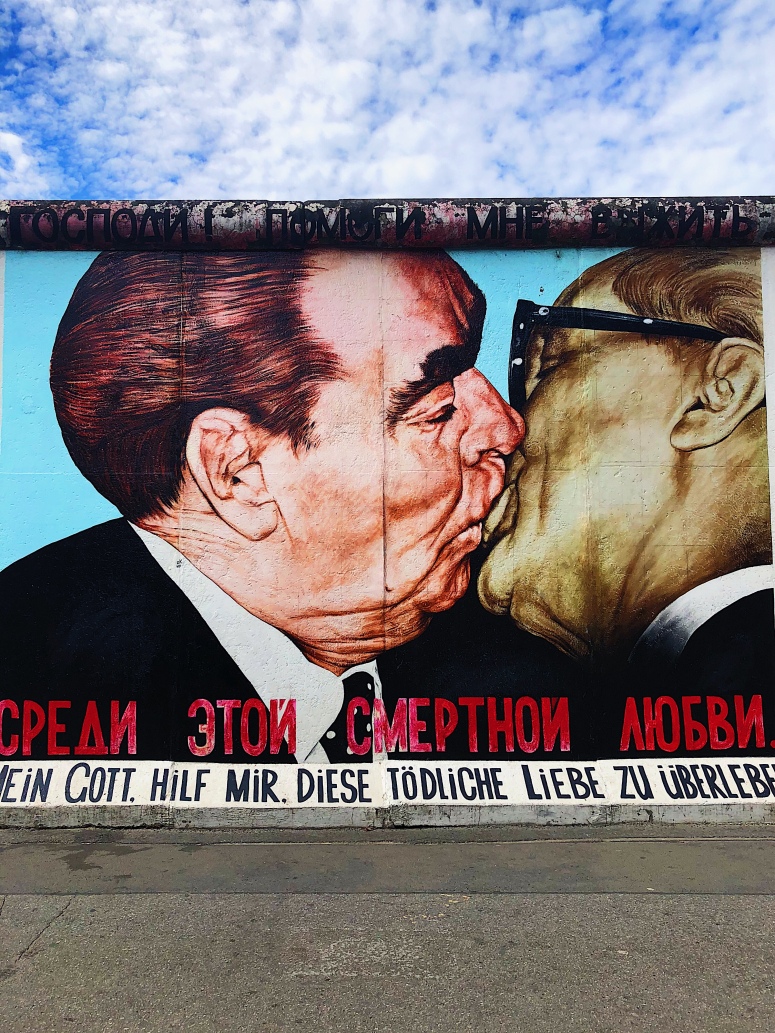 Sachsenhausen Concentration Camp
As many of you will know, Berlin was at the heart of the Third Reich. The Nazi regime is something that particularly interests me and when I learnt that there was a concentration camp near the city centre, I was keen to go. I’ve been to Birkenau and Auschwitz in Poland a couple of years ago now and the emotion, eeriness and pure realisation of what the human race can bring people too is shocking.

To get to Sachsenhausen it was a simple 40 minute train journey, followed by a 10 minute bus ride. We paid for an audio tour when we got there which was just €3 each and off we went to learn about what happened at this camp.

Now as with the Berlin wall details, I don’t want to go into it all too much as I’d hate to ruin the experience for anyone else. All you need to know is that although it’s nothing compared to what happened in Poland, it’s equally as heart-breaking.

It’s also amazing to discover that the camp is now used as part of a Police academy. It’s part of their training so that they know the consequences of what can happen when human rights are ignored.

If you’ve never been to a concentration camp before, this will be one of the most intense experiences you’ve had. I’d most definitely recommend it. 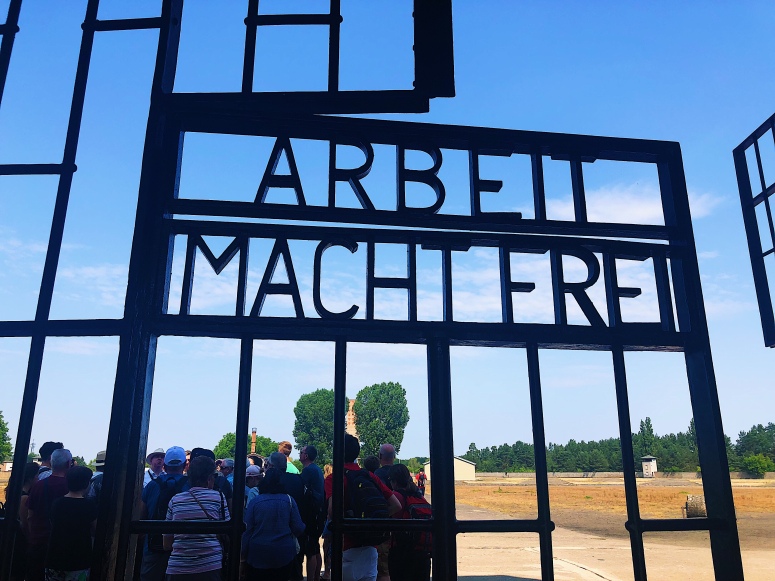 The memorial is made up of 2,711 rectangle concrete blocks of different heights. The location of it is near Berlin’s foreign embassies. This allows political diplomats and leaders from around the world to observe how Germany acknowledges its past, while continuing to move forward.

An attached underground place of information also holds the name of approximately 3 million holocaust victims. If you’re on the way to the Reichstag or Brandenburg gate – this is definitely a must-see. 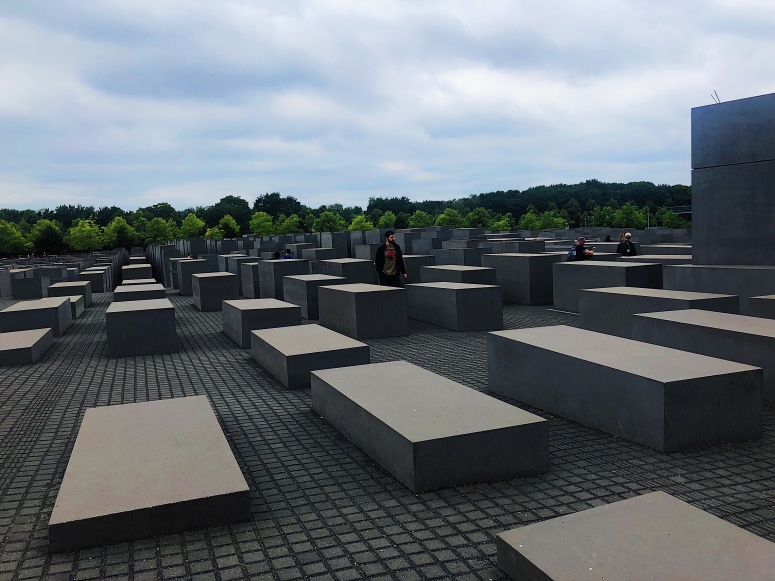 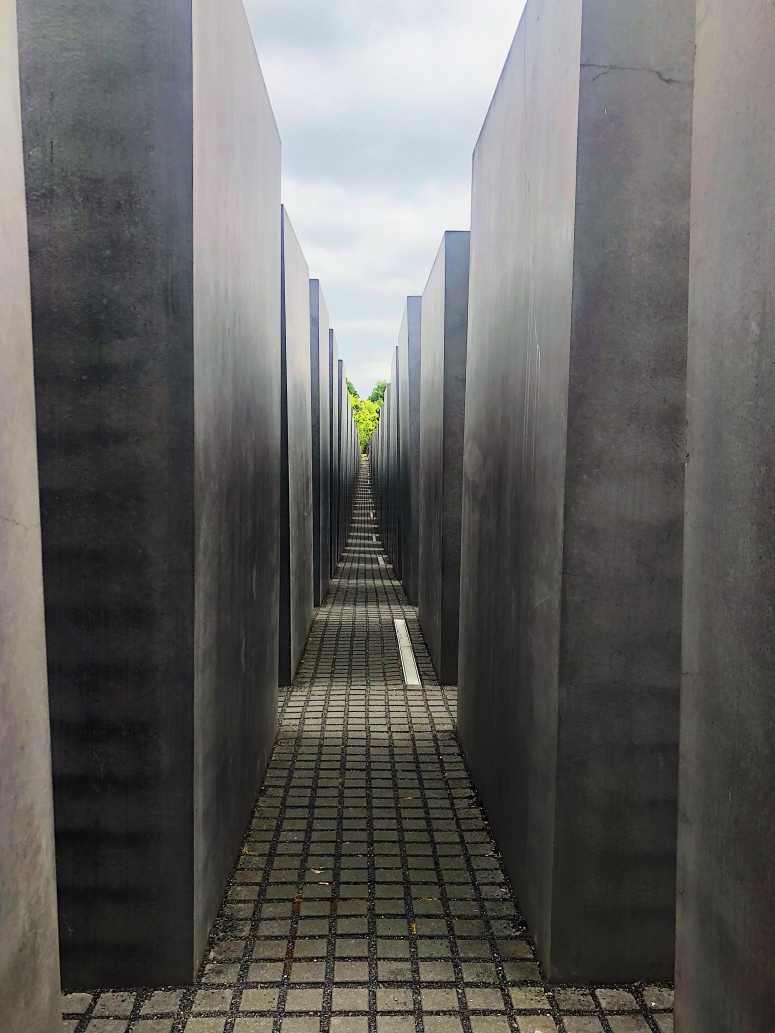 The Reichstag
This building is essentially Germany’s answer to the Houses of Parliament. There’s daily tours that take place, allowing you to see inside the building and go into the Dome – where you can see the whole of Berlin from above.

The tours are extremely limited and hard to get into, so if you’re on your way to Berlin, I’d suggest booking this in well in advance. We didn’t manage to get a tour, so we just went to see the outside which is equally as breathtaking.

The Brandenburg Gate
This is one of the most stunning monuments (if you can call it that) that I’ve ever laid my eyes upon. It was built in the 1730s and behind it is a German version of the ‘mall’.

Whilst we were in Germany, the world cup was in full force and on our second to last day, the England v Sweden match was on. Behind the Brandenburg Gate, rows upon rows of big screens had been set up for those who wanted to come and watch the match. Not only that but there were stalls for drinks, food and merchandise for all the countries taking part in the matches.

It was such an amazing day and the atmosphere of the crowd throughout the match and of course after once England had won was amazing. It’s one of the most amazing experiences of my life and one that I won’t forget anytime soon.

The Topography of Terror
What a hidden treasure this is, if you’re interested in the Third Reich and the Nazi regime. This documentation centre is something that was right up my street, as I’m obsessed with learning about the history of Germany.

The exhibitions within the centre are a complete eye-opener about what really happened during the years of 1933 and 1945. You get to learn about the members of the regime, see photos that I’ve not seen before in relation to the terror and propaganda that took place, as well as read peoples quotes and stories from that time.

Outside the building there’s also an exhibition shown on a remaining piece of the Berlin wall. This was definitely one of the highlights of my trip.

Mauerpark Market
Before going to Berlin my Dad had given me a walking tour booklet, with a map of Berlin, which must I say was very helpful when I was there. On the side of the map was an advertisement for the Fleamarket at Mauerpark, which takes place on Sundays.

After our experience at the Trastevere market in Rome, we weren’t expecting much and as it was the day after the world cup match, we were a little worse for wear. Luckily, the market really didn’t disappoint. If anything, it was one of the best days we had.

There was food stalls, including a lot of vegan food – something I’ll talk about in another post. Drinks stalls. Jewellery, quirky souvenirs, crafts, clothing (both vintage and new) and even antiques.

I can’t explain how much I loved this market. I could have spent the whole day there browsing the stalls and finding hidden gems within the vintage goods. I could also have spent an absolute fortune but settled for a handmade paisley bomber jacket which is truly beautiful.

If you like a good shop, vintage goods, antiques or simply damn good food – this is a market you need to go to!

I loved Berlin so much and would definitely go again. I’ll talk about where we stayed, what we ate and little tips about what you need to know when you’re there in another post. I’ve also recently been to Ibiza – so I’ll talk about that experience too.

I hope you enjoy these travel posts and let me know what you’d like to experience whilst in Berlin.

Please email any PR or business enquiries to beccapbeauty@hotmail.com